Hello, my name is Sevda Khatamian,
and I'm a doodle addict.

My name is Sevda Khatamian. I was born in the summer of 89. My family was already living in Tehran when I joined them. Although there were all kinds of cousins and aunts and uncles in the family, it was mostly the four of us hanging out together. My father, Amin, used to run his own business and my mother, Zarifeh, worked in a hospital. Later, she became a lawyer. My older brother, Soheil, moved to Turkey when he was 17. So, I decided to go abroad too. I’ve started my art practices since 2009, studying graphic design and later working as a designer. My genuine work has begun since 2013, generating ideas and developing projects in different mediums. After living in different parts of Turkey for eight years, I am now visiting different countries as an artist in residence, and I’m traveling without a home; creativity dawns as I move along with the road.

I specialize in drawing, pen and ink, watercolor, writing. 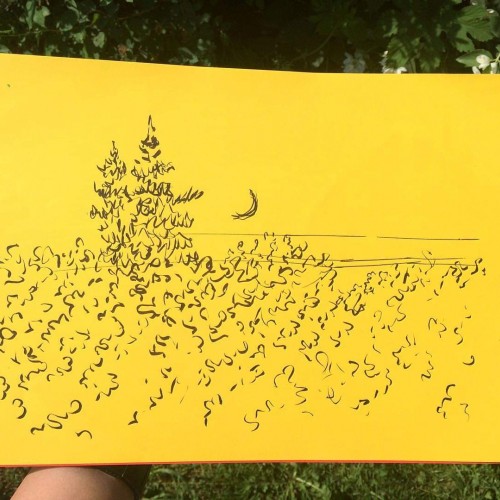 I went to the kitchen to make some tea, still a lot left to do, the night seemed to be long. I looked up the window in front of me. The moon was orange.

I reach the crossroad, look to the right, and then to the left. Couldn't tell which way to go, downtown had always got me confusing. I crossed the street, the light was red.

I tried to catch my breath after all the running; I finally got to the bus stop. The wind was blowing vigorously, the rain clouds were approaching. It was a very typical spring morning. 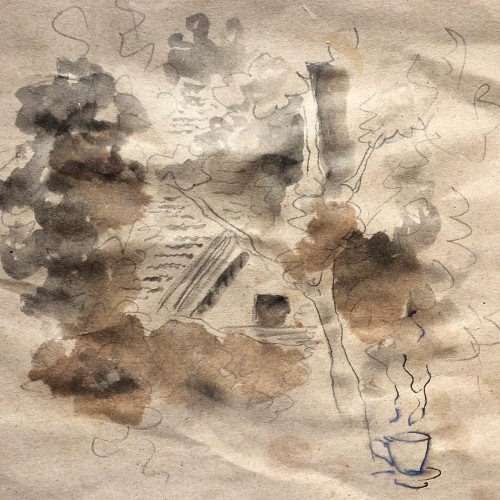 The leaves have grown so much you could barely see the house, as if it's hiding, as if it's not even there. I could only see bits and pieces of it out my kitchen window. 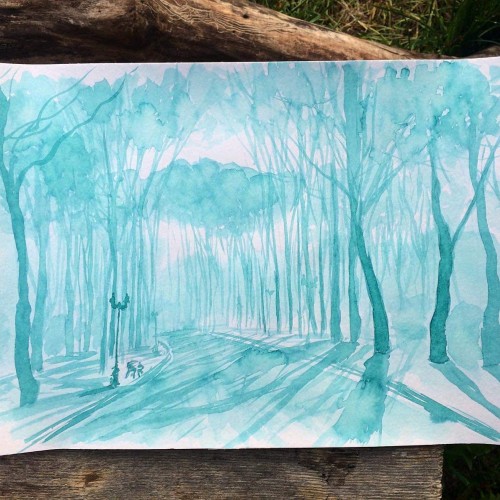 Some trees don't want to be in a forest, they want to be a tree in a park, somewhere in the city. 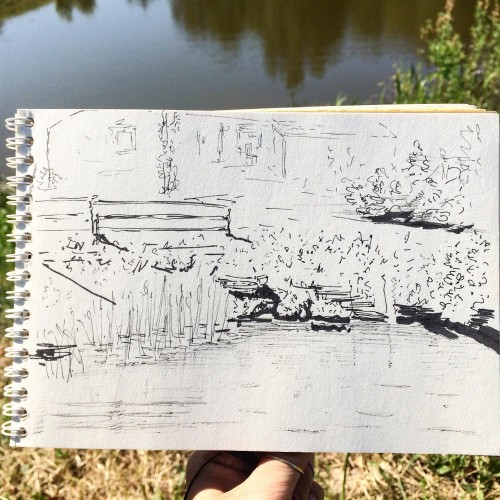 The wind stopped lowing. The water calmed down gradually. The sun was sparkling upon it. It was the last few days of spring.

I let the chickens and the roosters out to have their daily walk. I need to keep an eye on them, there might be foxes around. The raspberries had ripened, and needed to be collected before they rotted on the branch. The stork flew by, and sat on the roof of the abandoned house nearby. The storks live next-doors, quite lovely neighbors. He was watching the chickens with me.